Based on the current guidelines for Coronavirus our sanctuary is closed.

Our Sunday services are live via Zoom each Sunday at 10am.  Hope to see you there!

Google MapDirections from your current location

Auction Night in the Tropics

Join us for Fellowship

November 29, 10am via ZoomRev. Jill Cowie

As you may remember, in 2016 the Lakota Oyate people of South Dakota welcomed the entire camp of humanity to the Standing Rock as relatives and over 5,000 came, including many UUs. At the General Assembly that year we passed an Action of … read more. 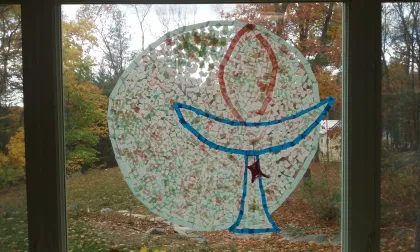 This year’s Stewardship Campaign, during which the Church raises more than 70% of the monies to operate, began Sunday 10/25/20! The theme for the Campaign is “Invitation to Connect”, reflecting both the importance of connecting with each other while remaining safe from the COVID virus. We are extraordinarily blessed to have a loving and caring community, as well as Church leaders and minister during what is for many of us an uncertain and tumultuous time.

We are incredibly grateful for your commitment. To make your pledge, please email admin@uuharvard.org. Feel free to reach out to us at cmackor3250@gmail.com or daniellewoodmankehoe@gmail.com as well.

If you did not yet receive a pledge packet, please email Chuck at cmackor3250@gmail.com. 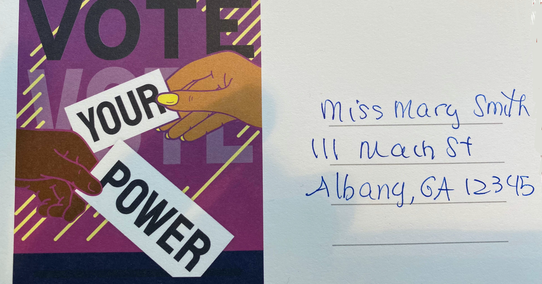 Postcards with Reclaim Our Vote

If you are interested in writing postcards to voters in Georgia with Reclaim Our Vote, contact Ginger Kendall at 4kendalls@charter.net. Reclaim Our Vote is a non-partisan organization dedicated to informing and mobilizing voters of color to make sure they are registered, and how to get a ballot and vote. It is a nonpartisan campaign of the nonprofit 501(c)3 Center for Common Ground.

Information on Reclaim Our Vote 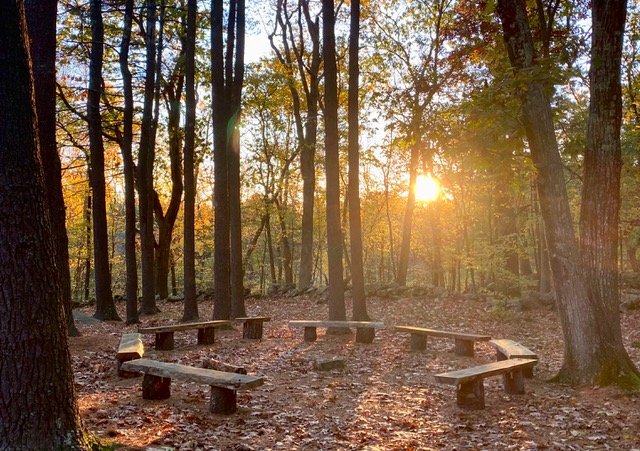 There is the time before knowing; a time when Thanksgiving simply meant celebrating a meal together, and being thankful, with family and friends. But now how can we hold both our traditions and their memories *and* make sense of the terrible beginnings of this holiday? We might rethink, relearn, and reeducate ourselves about what truly was going on way back then. We might share our insights with each other, and deepen our understanding with the full story of contradictions and complexity. We might mix-up new ingredients, add new information, and change our taste for certain flavors. All the while, we might laugh, cry, share, heal, deepen, and be grateful for what’s new and different. Have a meaningful, growthful, time of thanks and giving together.
With care.
-Laura, DRE, dre@uuharvard.org

This year’s pageant is going virtual! We will be filming the children on the Common in front of the church this Saturday, 11 a.m., and Sunday, 1 p.m. They’ll be a few lines and costumes will be suggested (meaning parents can either work with their kids to dress up or dress down their costumes.) Carol and I are working on parts and a script will be sent out shortly. The Pageant will be presented Sunday, Dec 13!!

Services begin at 10:00 a.m., you can try to join in starting at 9:45. Please Note: You will enter a waiting room and our hosts will admit you to worship.

Unsubscribe and Opt in for paperless anything. During this season where both catalogs and charity requests proliferate cancel as many as you can.

I did this last year as things arrived. Amazed to find that this added up to 39 catalogs alone. This year I’m focusing on reducing solicitations.

Chimers rehearse in the church on Saturday’s at 11 a.m.

We are looking for volunteers! Please contact Bob Benson to learn about how you can help. For more information about the Glean Team.

LOAVES AND FISHES is still not accepting food donations but there are other ways you can help. Think about what you would normally spend on food you donate especially at Thanksgiving time then Make a financial donation which you can do online loavesfishespantry.org/donate-now or by mail at : Loaves & Fishes Food Pantry, P.O. Box 1, Ayer, MA 01432

Also you can volunteer if you are 18 or older as a shelf stocker or drive by food distributor. More information at: Volunteering during the covid 10 crisis

Guest at Your Table

With our lives currently being held hostage by the corona virus, our GAYT effort will take a breather and start up again in the fall. In the meantime if you are able to send in a check to support the UUSC’s efforts around the globe it will be greatly appreciated. All donations will still be matched and donations of $125 or more will be quadrupled.

This year marks the 50th anniversary of the Day of Mourning tradition. When Frank Wamsutta James called upon hundreds of Indigenous Americans and allies to gather in Plymouth, Massachusetts and declare Thanksgiving Day a National Day of Mourning for Native Americans.

In 1970 the town of Plymouth sought to celebrate the 350 anniversary of the coming of Mayflower. Officials reached out to James and asked him to speak as a Wampanoag to the gathering. James wrote his speech based on his extensive knowledge of the impact of white settlement on the original people. The organizers asked to see a copy of his remarks and when they read what James was prepared to say they withdrew their invitation. He did not flatter the invaders or excuse the violence with happy talk and retelling the fictional story of a “Thanksgiving” celebration.

He wrote: “History wants us to believe that the Indian was a savage, illiterate, uncivilized animal. A history that was written by an organized, disciplined people, to expose us as an unorganized and undisciplined entity. Two distinctly different cultures met. One thought they must control life; the other believed life was to be enjoyed, because nature decreed it.”

James, insulted by the rejection, called for protest, articulating that the day should be called a Day of Mourning for Native Americans. The demonstration garnered national attention to the growing movement of native peoples that was making itself known across the country with actions such as the occupation of Alcatraz, the founding of the American Indian Movement and a few years later a march across the United States to Washington DC to protest the treatment of the original people.

James’ censored speech ended with an acknowledgement that, even after 350 years of colonization, Wampanoags and other Indigenous peoples have kept their spirit and their determination to continue their identities, their communities, and their cultures. He saw that anniversary of the Pilgrim’s arrival as a new beginning for the rising of “the American Indian, particularly the Wampanoag, to regain the position in this country that is rightfully ours.”

The National Day of Mourning protest in Plymouth continues to this day, now led by his son, Moonanum James and the group that Wamsutta James helped found in 1970, the United American Indians of New England (UAINE).

We are a liberal religious community of people of all ages who hold diverse theological beliefs. We come not only from Harvard, but also from many surrounding towns. We gather together "in the spirit of love," to worship, to learn, and to care for one another. We come together both to be comforted and accepted for who we are, and to be challenged to transform and grow as moral and spiritual persons.

We believe in the value of personal experience and reason, and use both as we explore the wisdom of the world's religious traditions, seeking to find and make meaning for ourselves. We celebrate and honor the prophetic words and deeds of many of those who've come before us, which call us to serve not only one another, but also those outside of our community. We long for a world that is fair and just and filled with compassion, and we work to make it so.

We welcome you! We'd love to have you join us on our journey!